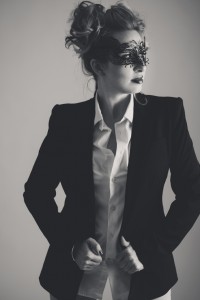 History of an idea…

Vanessa Bamber founded Spellcast Entertainment LLC on January 3, 2014. The idea was birthed back in 1999 during her studies at the University of Florida, from an interest in the effects of light and sound on the brain, and the burgeoning technological advances applicable to live theater. A year later Vanessa graduated from the University of Florida with a Bachelors of Arts in Theatre Performance and shortly thereafter moved to Los Angeles to continue her training in performance, focusing on television and film. A short gig on a television pilot (a key moment in Spellcast Entertainment’s history) changed the course of Vanessa’s career path by highlighting her talents as a producer and re-invigorating her dream of a revolutionary theatrical production company. A stint in the Midwest and graduate education in business quickly followed. In May 2009 she graduated with a Masters of Business Administration with a concentration in Arts Administration from Illinois State University.

During this time at Illinois State University, Vanessa worked for the Illinois Shakespeare Festival, where she started as a mere marketing assistant but quickly advanced to Associate Managing Director. In the 3 years there she, and her volunteer team, managed to flip the struggling theater company to one of the Top Ten Festivals for Families as voted by National Geographic in 2009. Upon graduation, Vanessa was appointed General Manager by the Festival and by Illinois State University as General Manager of their Center for the Performing Arts. Her success at the Festival gained her some notoriety and the position of Managing Director of Queens Theatre in the Park, a New York City cultural institution. As an administrative leader, Vanessa transitioned Queens Theatre by ushering in a new vision, management and programming direction. This stint proved she had “the chops” and knowing that if you can make it in NYC, you can make it anywhere, Vanessa was convinced that it was time to begin the realization of her theatrical company. A move to Atlanta and serendipitous job offering as Professor of Arts Administration at the Savannah College of Art and Design afforded Vanessa a tap into the pulse of the emerging design and visual artists’ circles and their respective technologies.

This move and series of connections, her history in the field, combined with her already existent and growing network of theatrical devotees created the right timing for the emergence of Spellcast Entertainment. Up and running, Vanessa now focuses on producing the unique, immersive, multi-sensory, multi-medium theatrical experiences that Spellcast Entertainment will become known for. Check out Upcoming Shows for details on what’s next!